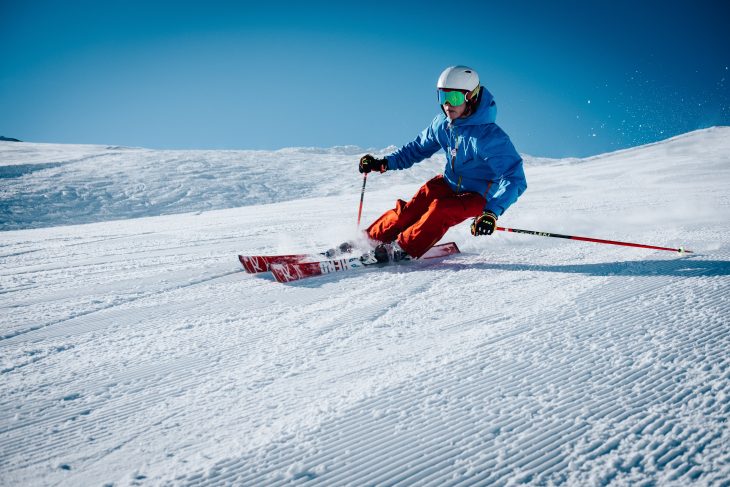 Ski season has arrived and many of us may be preparing to hit the slopes in the coming weeks. Skiing is an exhilarating sport enjoyed by thousands over the winter months. There are obvious health benefits from such physical activity. However, as with any sport there is an associated risk of injury. The good news is that the risk of sustaining skiing injuries whilst on the slopes is relatively low. In fact, one study found that the percentage of overall injuries had reduced by 55% over a 34 year period (Johnson R.J, 2008). Only 1.9% of visits to the slopes per 1000 days resulted in the need for medical attention.

So, the risk of hurting your ACL knee ligament as an example, is also therefore relatively low. An injury feared by most athletes. However, there is further good news. There’s now evidence that up to 50% of ACL ruptures will not even require surgery (Frobell et al in 2013). As such injuries can fully heal or recover with rehabilitation alone. Returning to pre-injury sporting levels within 3 months in many cases. Very good news considering ACL surgery takes 9 months.

Why overall injury levels have dropped is probably due to multiple factors. Although, one of the greatest risks for injury is a rapid change in unaccustomed load. In other words, if you are unconditioned to the activity you will run the risk of injury. Lots can be done to prepare you for skiing including strengthening exercises, balance work and general cardiovascular fitness. Physiotherapy rehab and strengthening can be very helpful in these circumstances. It is this sort of conditioning that many believe has reduced injury rates.